When the Selukkite forces set the forest aflame, there was ire amongst the Loghecs, the likes of which had never been seen. It travelled through the very roots of the trees, and spread like... well, like wildfire. 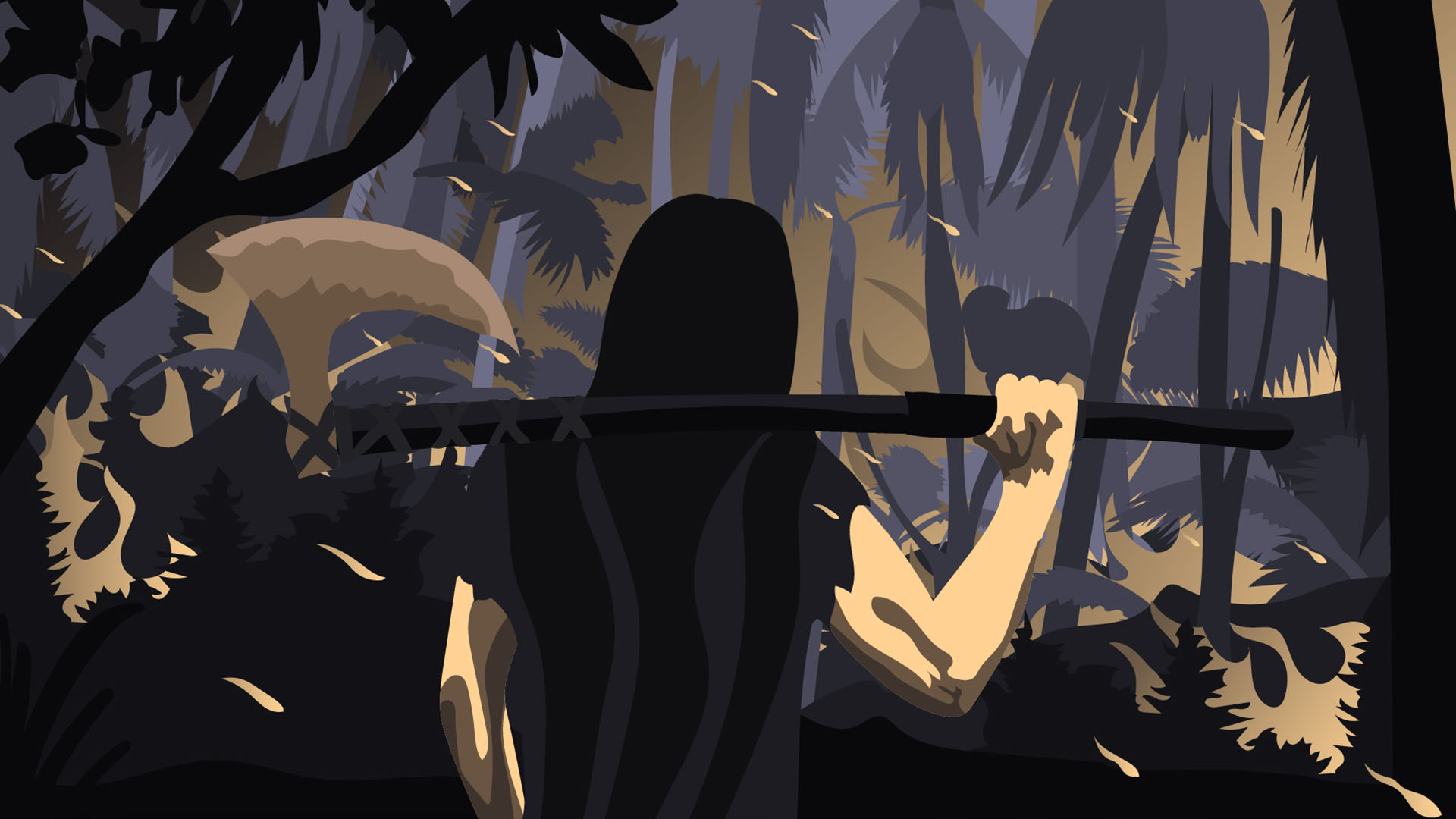 The final words of the Loghec priest echoed out through his congregation like a wave, each member teeming with their own ignited passion. He raised his fist into the air, reaching towards the jungle canopy, and they followed him, though their hands clutched swords, spears, axes, and bows. He watched them now, their grimaces visible behind painted faces, designed to blend in with their surroundings, as their roar thundered around him, seemingly shaking the earth itself. He knew that many of these men would be dead come the morning. But they would be going to their shepherd, and Dorrod Muth was nothing if not a fair God.

The rapturous battle cries simmered down, as bands of warriors split from the outdoor congregation. He felt the presence behind him before he saw it. The attendants had arrived, and he allowed them to carry out their work without disturbance, as they donned his armour, blessed him with war-paint of his own,  and bestowed on him an axe, whose head was made of the strongest and sharpest steel. Many would deride the Loghecs as savages, sometimes even backwards, but that was far from the truth. And it would be a truth that their critics would learn this very night, he had no doubt. Dorrod Muth was smiling on them, and they smiled back.

When the Selukkite forces set the forest aflame, there was ire amongst the Loghecs, the likes of which had never been seen. It travelled through the very roots of the trees, and spread like... well, like wildfire. It was not difficult to muster forces for a counter attack, in fact, the difficulty lay in containing the rage for long enough to organize properly. And when the strategies were in place, soldiers from all cast and creed rose from earth like the very trees they sought to defend, men, women, and all others were ready in those moments. The Selukkites seemed determined to push through, to continue their foolish pursuits of raiding Loghec land, but the land itself was the enemy they were fighting, and so the traps were laid, the ambushes planned, and the rites performed.

The priest had joined them now, the warriors, as they lay in wait for their prey. They were one with the undergrowth, and not a soul could be heard. The Selukkites trickled through the jungle as if moving through treacle. Every vine and thorn seemed to lash at their ankles, the bogs seemed to drag them down to their depths with every malice imaginable, and the stragglers who remained were few and desperate.

The bird whistle was the sign they had been listening for. As it sounded, the first volley of arrows flew from the tree tops, and the priest watched as their tips hit their first victims. The alchemical formula did its job well enough, and as it pierced the flesh and mixed with the blood, the wounds instantly began to froth, corroding the still living bodies of the enemy forces as their allies were forced to watch. Some would call this warfare barbaric - the Loghecs called this righteousness.

And then, with the arrows sent, the Loghecs fell upon the Selukkites, emerging like shadows from the jungle, like grasping plants clawing for air. The priest joined them too, and worshipped his God in the way he knew best. They crumbled before his axe like felled trees, and he saw too that his wondrous congregation were fighting with a rage so unbridled and harmonious, that he was close to tears. He watched as they used the jungle to their advantage, clambering over branches with ease, moving through the terrain like an arrow through air - this was their home, and they knew it well.

The priest stood amongst the aftermath, and breathed in, the metallic smell of blood thick in the air. He wiped the sweat from his brow, and watched as his soldiers picked the battlefield clean, stripping the fallen of any useful affects that may prove useful in the inevitable war to come. The victory was decisive. He blessed those who crossed his path, sanctifying them in the glory of Salvath Sol, and smiled at what they had done that night. They would return to their homes now and feast, for they had more than earned it. And he would pray, for all those fallen, that Dorrod Muth would guide them swiftly to the next life. And he would pray again, that Dorrod Muth would send him more souls to reap, for he was alive.