Should the tides not sway in our favor, and the sun illuminate Vrovona’s brightest minds in time, then perhaps an act from the shadows will halt this growth prematurely, and permanently. 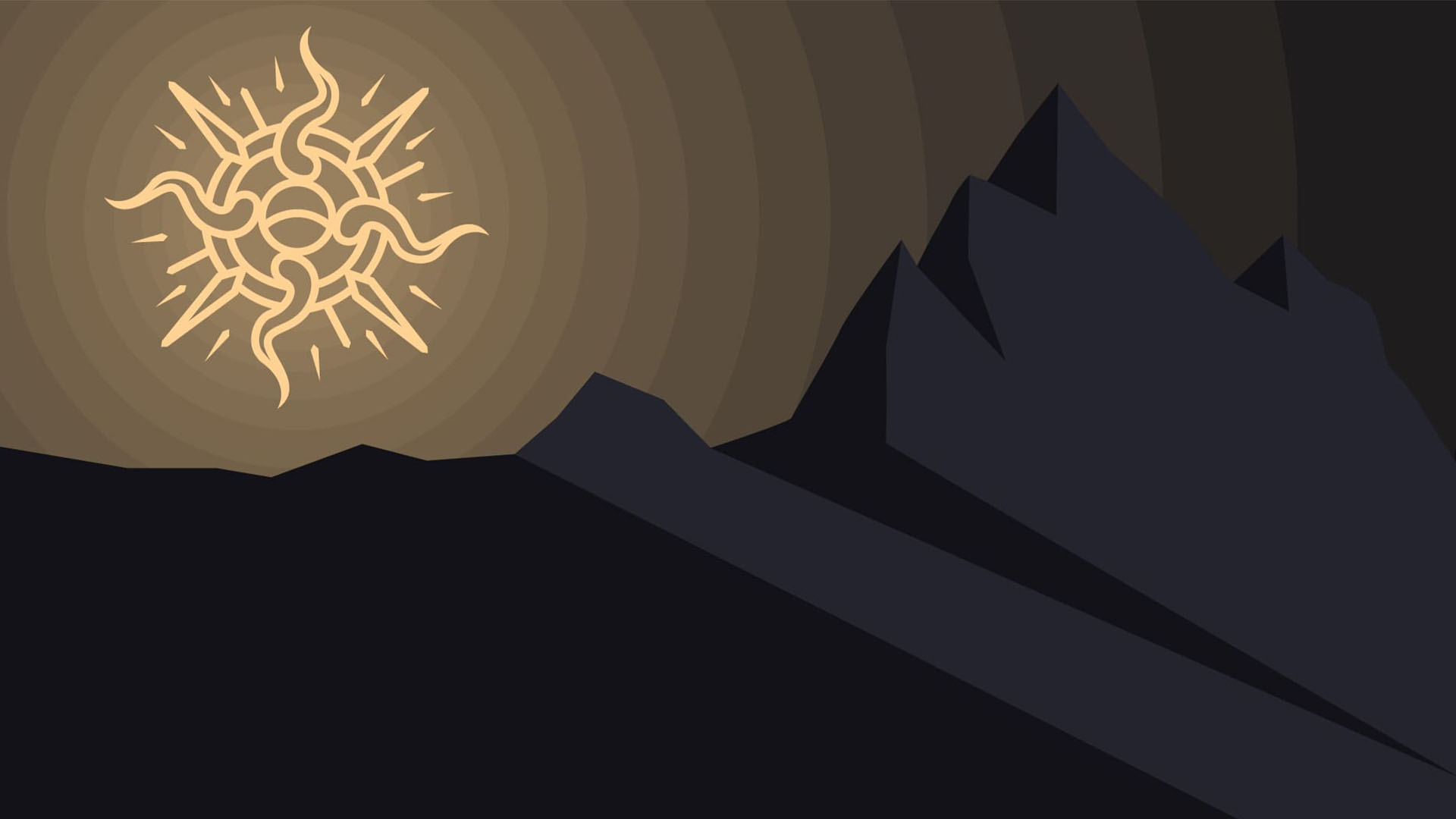 My brother once told me; “Solodav, the sun burns brightly and illuminates all in his might...but something so large and bright surely must also cast a shadow.” At the time, I thought he was merely speaking his wizened old riddles. Clan Ksavik is known for its ingenuity, and forward-thinking ways. We swing our blades not with reckless abandon, but with forethought and planning. Such has been our way for generations past.

When the Eventide war broke out, I stood by our old allies, and made decisions rooted in logic and planning. I trusted my wits, my officers, my legions, and with the aid of the moon and her tides, we made our mark on this changing world. Though there were casualties, we passed them by with the speed and grace as befitting an empire as glorious as ours. It was a future made brighter by our example, and the world was better for it.

When the Summer Rime threatened all of A’therys nearly a decade later, I will yield the fact that those thrice cursed mages got the better of us. But in the end, we persevered yet again - and the sun’s might melted all that stood before it. Though as I think back, perhaps it was there that we faltered. How could I have been so blind to the world changing so quickly around me?! A Ksavik sees where his sword strikes, and the sun illuminates the path of glory that we walk...yet now all I see are shadows and conspiracy, of fear and war on the mind…

The words my brother spoke to me on that unusually warm Spring day echo within my head; a long-forgotten memory of a simpler time. It is only now that I see what he was speaking of. In our endless glory, our might and splendor, we shined brightest and strongest in all the world. But we were simultaneously blinded, ignorant or unaware to the lengthy shadows growing behind us. And now, even I, the leader of this nation of proud warriors, must face my shadow.

Our neighbors to the south, the isolationist Daggers, have been hard at work.

The World’s Fair, a quaint occasion, I assumed would be but another showcase of Dagger “ingenuity” and the posturing of ash-covered peacock feathers. I could not have been more wrong. It was instead a show of strength, a demonstration of power. For the first time in a long time, I had felt the chill of fear shiver down my spine. Me! The Paragon, the pride of Clan Ksavik, and Vrovona herself!

The source was none other than the arsenal presented before me. The showfloor alone could turn even the oldest Stronghold to rubble… and the Daggers were producing even more in the numerous factories and industry houses that painted their skies a melancholy grey and black, colors other nations would share should these war machines be put to use.

I stalked the hall, a shadow growing across my face as I realized the extent of my failings. I saw weapons I had never even dreamed of before. Firebombs designed to burn through the thickest of stone and metal walls. A variety of prototype “hydraulic rifles,” weapons that could kill an entire section of legionnaires before the fastest bowman could nock another arrow. Living blades that hissed and sizzled, coated in oil they would erupt into flames while their serrated edges sliced into the thickest of armor.

I stepped out of the hall, my breath caught up in my chest as the fear began to ebbe and flow with the beat of my heart. In that chamber I had seen the fate of countless legionnaires, facing a one-sided battlefield. I knew that our forces were unprepared to face anything of such caliber and scale in armed combat. While we sat in contentment, lounging in our sun, above our neighbor’s squalor, they prepared technologies capable of bringing down the established hierarchy of our world. Those murderous rats…

Later that evening as the Pithkeeper gave us a personal tour of the Fair, I boarded the Daggerlands national rail line. On our three hour trip to Sablemarch, which would have been twice as long by air, Iaeons and his entourage graced us with a sight reserved for the eyes of the international leaders. It was on this personal tour that we witnessed the full extent of their lead on us all.

Ironclad gunboats that almost rivaled the size of even Ithero’s greatest destroyers. A whole new class of armored airship, with several fleets on the way. Massive flying airdocks, the size of an entire city. On each of these - an entire battery of cannonry, artillery that would blot out even the sun’s might with but a single salvo. The age of our blades, our warriors, and our might...had come to an end.

The coal and ash coating the Pithkeeper stained my hands like the blood of a battlefield. I arrived home, but my mind was still on the industry-coated wastes. In my years as Paragon, I have known a great many truths. Though the shadows move faster than even the sun can illuminate, people operate the same as they always have. With his strutting and posturing, his flaunt of Dagger industry, he played his hand. He mentioned his engagement to Aloreh’s markets. His fiancée the Lady, Alice Achard...coincidentally also a trade union leader and nationalistic windbag whose eyes are set on sparking another Eventide war. Surely this was no mere act of love, no blossoming romance from across the sea. This was to be a message to the rest of us. War was coming, and the sides would fall the same once again.

This time, I will act before war even begins. Should the tides not sway in our favor, and the sun illuminate Vrovona’s brightest minds in time, then perhaps an act from the shadows will halt this growth prematurely, and permanently. Vrovona protects, the sun may provide, but it is men that must work...left to the shadow in its mighty wake.